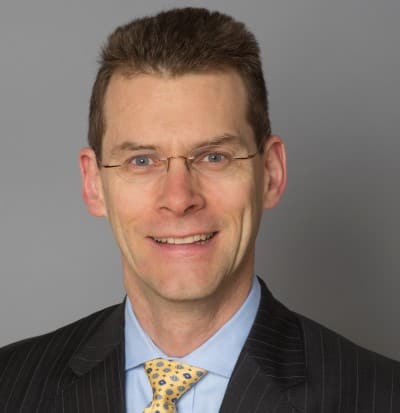 Robin Silvester leads the Vancouver Fraser Port Authority, the federal agency responsible for enabling Canada’s trade through the Port of Vancouver, which is Canada’s largest port. The port handles approximately $200 billion in trade annually and sustains 115,000 jobs across Canada in the supply chain alone.

In just over a decade leading the port authority, Robin has overseen unprecedented port growth due to port authority-led infrastructure investments in Vancouver’s gateway, which have supported and catalyzed private-sector investments throughout the port. During Robin’s tenure, these investments in the gateway have helped drive more than 40% growth in international trade through the Port of Vancouver.

Under Robin’s leadership, the port authority set and is actively advancing a vision to make the Port of Vancouver the world’s most sustainable port—a port that is a global leader at delivering economic prosperity through trade, protecting the environment, and enabling thriving local communities.