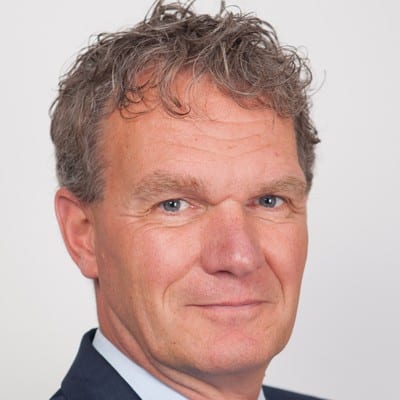 René Kolman is Secretary-General of the International Association of Dredging Companies, the umbrella organization for the worldwide privately owned dredging industry. IADC members represent the largest dredging and marine infrastructure companies in Asia, Europe, and the Middle East.

Mr. Kolman studied at the Nautical School in Rotterdam and holds a degree in Economics from the University of Groningen, The Netherlands. Before coming to IADC, he worked for the Dutch Landscaping Contractors Association, the last three years as Deputy Managing Director. In 2008 he joined the International Association of Dredging Companies and as of 1 January, 2010 assumed full responsibilities as Secretary-General.

Mr. Kolman is in charge of developing and managing the dissemination of information about dredging and its positive role in society. Through seminars, publications, presentations at conferences, as well as participation in working groups with sister organizations such as IAPH, PIANC, and WODA, IADC offers support to port authorities, developers, and stakeholders on a diversity of subjects such as technology, environment, and climate change.

Mr. Kolman is a member of several IAPH and PIANC committees as well as PIANC’s Permanent Task Group Climate Change. He was the initiator of the IADC report, “Ecosystem Services; towards integrated marine infrastructure project assessment”. He was a member of the editorial board of the book “Dredging for Sustainable Infrastructure”. He is currently disseminating the new design philosophy described in this book.

All these activities reflect both the industry’s and Mr. Kolman’s long-standing commitment to the environment and sustainability.