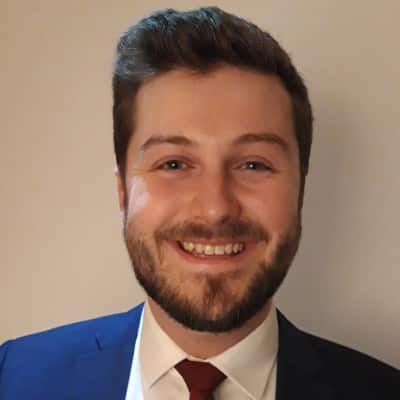 Nick Chubb MNI is the Founder of maritime innovation consultancy Thetius. He spends his time supporting clients in the shipping industry who want to understand and leverage emerging technologies to prepare for the future. Thetius offers a range of services including market research, software development, and talent management.

Nick started his career by going to sea as a deck officer in the merchant navy before moving into maritime technology when he came ashore. He has previously held senior commercial positions in several organizations, overseeing the launch of new digital products and services. He was Head of Growth at Intelligent Cargo Systems, the startup behind the CargoMate port call optimization system. He also led the development of the digital education platform Learn@Sea on behalf of the Marine Society. Within a year of launching, the platform had delivered career-enhancing education to more than 10,000 seafarers in more than 20 countries.

Outside of work, Nick is an accomplished ultra-endurance athlete, having completed a 300-mile solo trek across the Arabian Peninsula and the notorious Marathon des Sables; a 156-mile ultra-marathon across the Sahara Desert billed as “the toughest foot-race on earth”.