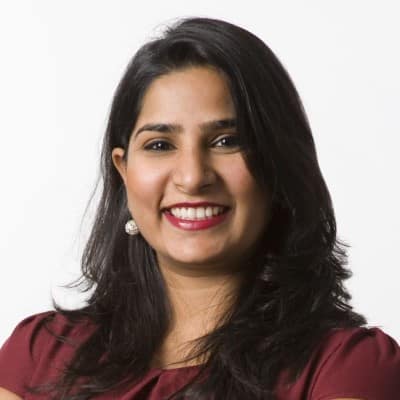 CEO and founder of Intent Communications, Namrata Nadkarni is an award winning maritime journalist. Her passion for words saw her graduate with a B.A. in English Literature from Sophia College in Mumbai, which was followed up with an MSc from the London School of Economics in 2006.

Namrata has been a content creator in the maritime and offshore sectors for more than 17 years, working with respected brands such as Safety at Sea, Fairplay, The Marine Professional, Lloyd’s List, Seatrade magazine, Seatrade Cruise Review, Dredging and Port Construction, Ports and Harbors, and also Marine Engineer’s Review.

In addition to spearheading content for print and digital publications, the Intent CEO is experienced in creating content for a range of live event formats including roundtables, webinars and award ceremonies, crafting newsletters, whitepapers and video content.

A confident public speaker and people-person, she has also hosted numerous industry and social events including conference panel discussions and award ceremonies, and has even appeared as a shipping expert on the BBC.