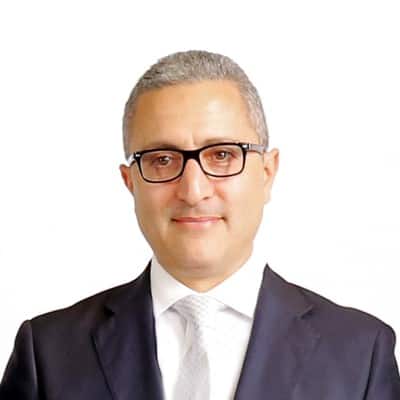 Mehdi Tazi-Riffi is the CEO of TANGER MED, in charge of the development of the Port Complex and adjacent Logistics and Industrial platform.

Mehdi started his career in 1998 as Marketing Manager for NOKIA Networks in Germany before joining in 2001 the Swiss-based KUDELSKI GROUP as Head of Business Development, based in Lausanne, then as General Manager MENA based in Dubai until mid-2010.

Mehdi holds an MSc. in Electrical Engineering from the Swiss Federal Institute of Technology and Technology Management from HEC.