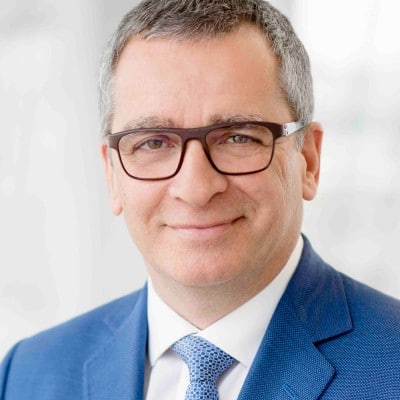 Experienced entrepreneur and manager, Mario Girard has been President and CEO of the Québec Port Authority (QPA) since January 2011. Prior to QPA he founded and successfully managed two international companies.

His vision and his ability to successfully build and mobilize work teams to implement major projects are his best assets. As a prolific and creative business developer, he has extensive experience in business development both nationally and internationally.

He is fully dedicated to make QPA a world reference in sustainable development.

Mario is a member of the YPO Organization and has been a member of several boards for over 25 years for private and publicly traded organizations. He is Chairman of the St. Lawrence Economic Development Council (SODES), Vice-President of The worldwide network of port cities (AIVP), and Chairman ex-officio of the Association of Canadian Port Authorities (ACPA). He is also director for the Fondation Roméo Dallaire and Ecolomondo.