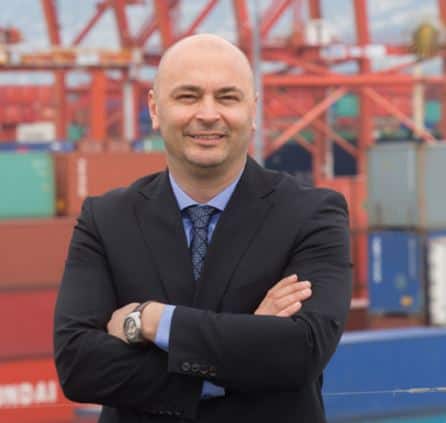 Maksim Mihic was appointed General Manager of DP World (Canada) Inc. in 2013, and CEO in 2020, with responsibility for defining the vision and setting the strategy for the container and stevedoring business in Western Canada. He brings with him over 25 years of marine terminal experience specializing in operations, process improvements, equipment design and acquisition, and project management. With a proven record of successfully driving and managing growth, his key accomplishments include the acquisitions of Fraser Surrey and Prince Rupert’s Fairview marine terminals as well as their successful integration into the global DP World family. Maksim has also overseen the significant expansions of both DP World Vancouver and DP World Prince Rupert.

Maksim joined DP World in 1996 as an Electrical Engineer, assuming senior leadership roles of increasing responsibility, including Director, Container Operations. Prior to joining DP World, he worked in the electric power industry as a System Control Engineer and was a member of a research team for Western Canada studying the link between electric power lines and leukemia.

Maksim graduated from the University of Sarajevo, with a degree in Electrical Engineering before moving to Canada in 1991.