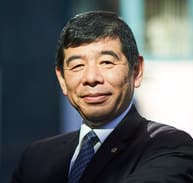 Prior to joining the WCO, he worked for Japan's Ministry of Finance for 25 years. During his career with the Ministry, Mr. Mikuriya occupied a variety of senior posts, which have given him broad experience and knowledge in Customs, trade, development, budget, and financial policies. He served as Director of Enforcement where he led efforts to fight illicit trade, then as Director of Research and International Affairs paving the way for the conclusion of the first regional trade agreement for Japan, and then as a Counsellor in the Tariff and Customs Bureau. He also served as Director of Salaries and Allowances to coordinate remuneration levels for the entire government workforce, and as the Budget Controller for Foreign Affairs, Official Aid, International Trade and Industry, in the Budget Bureau. In addition, he spent time as a Counsellor at the Japanese Mission to the WTO in Geneva and participated in the GATT Uruguay Round trade negotiations.