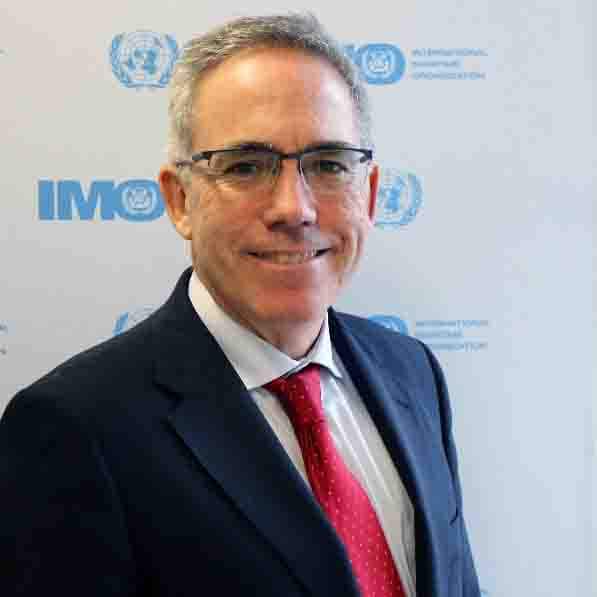 Julian Abril is the Head of Facilitation of the International Maritime Organization (IMO). He joined the IMO in August 2011, and he is the secretariat of the Committee of Facilitation of the IMO. Under his current responsibilities, he has participated in different regional and national technical cooperation activities to promote the ratification of the Convention on Facilitation of International Maritime Traffic, as well as to improve its effective implementation, taking due regard to the need for a proper balance between measures to enhance maritime security and measures to facilitate maritime international traffic. He is part of the IMO team working to minimize the impact of COVID-19 on maritime transport, in close contact with UN agencies and the maritime industry.

Prior to joining IMO in 2011, he had been sailing as Chief Officer and Officer in charge of the navigational watch in merchant ships before he joined the Spanish Maritime Administration in 1992. He has over 25 years of experience in maritime administration on subjects related to safety, security, human factor, and facilitation, both on a national and international basis. He holds a Master's degree in Merchant Marine from Cadiz University, Spain.