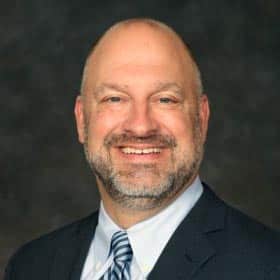 Mr. Daniels comes to Port Everglades from the Port of Gulfport, Mississippi, where he was the Executive Director from 2013 until 2020.

He earned a Bachelor of Arts in Political Science – International Politics and Foreign Affairs from The Citadel, in Charleston, South Carolina, and continued his education at the Maine Maritime Academy in Castine, Maine.