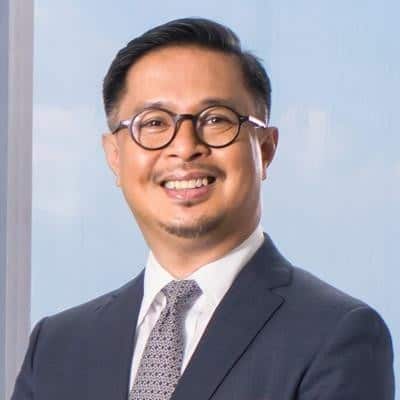 Jay Daniel R. Santiago is the General Manager of the Philippine Ports Authority since July 2016. He is a lawyer and a Senior and Managing Partner of the Feria Tantoco Robeniol Santiago law firm specializing in corporate and commercial law.

Atty. Santiago graduated from the University of the Philippines with a Bachelor of Arts Degree in Humanities and obtained his Bachelor of Laws degree from the same university.

Less than 5 years at the helm, PPA has already completed more than 200 port projects and posted all-time highs in terms of dividend remittances and income taxes paid to the Government.

This year, Atty. Santiago is starting his 3-year term as Vice President for Asia, South East, and Oceania of the International Association of Ports and Harbors (IAPH), which is again considered as another milestone for the agency.