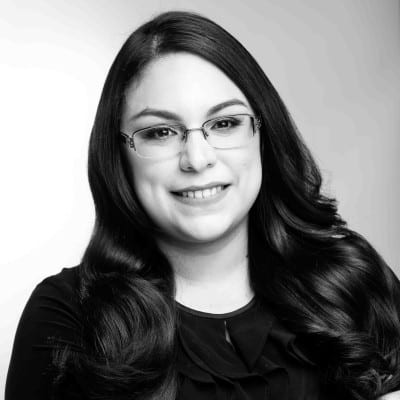 Ms. Pitty graduated with honors, Sigma Lambda, from the University of Panama, earning a B.S. in Maritime Business Management. She also has a Masters Degree in Shipping and Transportation Sciences, from the prestigious Oceananic University of Taiwan, where she made investigation studies on the ports of Keelung and Kaoshiung, and published the results thereof in several International Journals, on issues related to the optimization of container stowage; same were defended at Auckland University, New Zealand.

In addition, she possesses technical capabilities as Auditor of the Implementation of Instruments Code (III Code), International Maritime Organization (IMO), updating of navigational charts, by the Mexican Army; is certified for Verification of Container Gross Mass, by the Valencia Port Foundation; as well as other technical aspects of the maritime and port sectors.

Her professional life in the maritime sector, began in the management and technical departments of the corporation known as Marine Consultants, Surveys and Naval Register (Macosnar), performing inspections and issuing statutory certificates, in name of vessel Flag State; she then was hired by the Panama Maritime Authority (PMA) in 2009, holding different, important technical positions, mainly as Chief, Port Operations Department, where she had the opportunity to effectively implant the creation process of nautical charts for the Republic of Panama, to develop several projects with International Organizations, such as: the Great Caribbean Maritime Routes, together with the Central American Commission of Maritime Transportation (COCATRAM, in Spanish) and the Caribbean States Association; made effective adjustments to and implementation of national and international laws and rules and regulations related to the maritime and port sector, such as amendments to the SOLAS Convention, VGM in Ports of the Republic of Panama; among other valuable undertakings for the country. In 2017, she decided to end her services in the government sector, became engaged in the development of crucial port and maritime projects in Central America and South America, thus, enriching her professional experience, by incorporating perspectives of the private sector. In 2019, Ms. Pitty returned to the Panama Maritime Authority (PMA), as General Director of Porst and Maritime Ancillary Industries, reinforcing the participation of the Panamanian women in key management positions, and strengthening the maritime and port sector more robust, on both national and international levels.