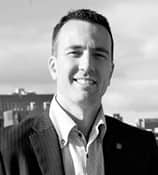 Prior to this, Mr. Olivier worked for Transport Canada under its National Gateways and Corridors program. There, he led the development of a national supply chain performance monitoring program, including the development and implementation of key performance indicators across Canada’s major seaports.

Daniel Olivier obtained a Ph.d. in economic geography (maritime transport) from the University of Hong Kong in 2006. He has published on the topics of container ports, logistics, and Asian transnational firms in a number of academic journals. He authored the book Dynamics of Globalisation in the Container Port Industry: Asia Rising in 2010. He later obtained a certificate in supply chain management from Georgia Tech in 2011 and has been an active member of CILTNA since 2013.