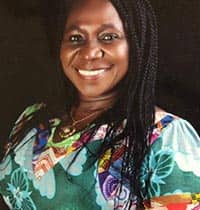 She joined the employ of the Nigerian Ports Authority in 1989. She rose to become the first female Chief Port Engineer from (2008-to 2013). She was deployed to the then Eastern zone as ag AGM Utility (2014-2017). Subsequently, she was appointed head of the Command Control, Communication, and Intelligence System (CCCI). In 2018, she was appointed the first female AGM ICT to head Network & Communications Department.

In 2021, she became the first female GM ICT in the authority, her current position where she drives the automation of the Authority’s business processes, amongst them being the deployment of the Port Community System ably assisted by the International Maritime Organization (IMO).

She established the Association of Professional Women Engineers of Nigeria (APWEN) in 2007 in Port Harcourt, Rivers State., Nigeria. Through her leadership in APWEN, she advocated for more female representation in Science Technology Engineering, and Mathematics ( STEM ) courses by organizing science quiz competitions and summer STEM camps for female high school students. She also established APWEN collegiate chapters in colleges and other activities that encouraged young girls in colleges to complete STEM programs as well as promote women in various STEM fields. She, in conjunction with other corporate organizations, offered scholarships to young females to undergo post-graduate studies in STEM to ensure female retainership in the field amongst others.