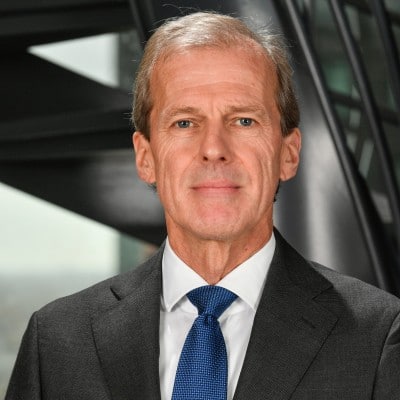 Allard Castelein is the Chief Executive Officer of the Port of Rotterdam Authority since 1 January 2014.

Born in Rotterdam in 1958, Allard graduated in medicine at Erasmus University.

He started working with Shell in The Netherlands in 1987. For the first couple of years, he held positions in Trading, Sales, and Marketing. From 1992 he lived and worked in Malaysia, Hong Kong, Saudi Arabia, and the United Kingdom in various positions in Marketing, Strategy, Business Development, and General Management. Allard returned to The Netherlands in 2002 to join the Executive Board of the Nederlandse Aardolie Maatschappij, a Shell-Exxon JV. In 2003 he became Commercial Manager for Shell’s European Upstream business. In this capacity, he led a major re-organisation and change management programme. In 2009 Allard was appointed Vice President Environment for Shell. He led the global Environment cluster and was accountable for strategy, standards, controls, and strategic partnerships worldwide.

In addition to his position as CEO with the Port of Rotterdam Authority, Allard Castelein is

• Member of the Supervisory Board of Rotterdam Partners;

• Member of the Executive Board of the Confederation of Netherlands Industry and Employers (VNO-NCW);

• Vice-chair of the Supervisory Board of Isala Hospitals;